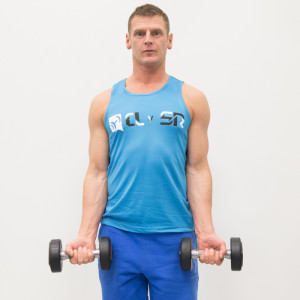 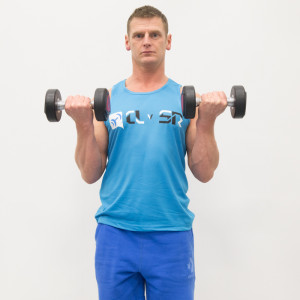 Do not bounce the dumbbells off of the thighs at the bottom of the movement when proceeding to the next repetition/concentric phase.

What Are Dumbbell Biceps Curl 21’s?


Why Do Dumbbell Biceps Curl 21’s?


How To Improve Your Dumbbell Biceps Curl 21’s

Biceps curl 21’s are implemented in a training program to improve bicep exercise performance and strength gains. Strategically varying your grip width and lifting device (e.g. barbell, EZ bar) can optimize the benefit of 21’s when applied to traditional biceps curl exercises. Performing biceps curl 21’s can result in optimal muscle activation that increases strength and hypertrophy of the biceps and brachialis.

It’s also important to note that biceps curl 21’s may entail performing repetitions near failure/fatigue when approaching the 3rd phase. This has to be considered when designing your training regimen. It is important to allow adequate recovery days in between biceps training to allow muscles to repair.

Injuries Or Ailments & Their Effects Regarding Dumbbell Biceps Curl 21’s