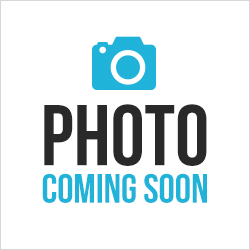 What Is A Smith Machine Overhand Grip Bent-Over Row?

A Smith machine overhand/pronated grip bent-over row is a compound resistance exercise, which targets the upper and middle back including the latissimus dorsi, middle trapezius, rhomboids and teres major. This exercise is performed on a Smith machine. It is performed standing with the torso in a flexed position.

The purpose of the Smith machine bent-over row is to strengthen the latissimus dorsi, middle trapezius, rhomboids and teres major while also promoting the hypertrophy (increases in size) of these muscles.


Why Do A Smith Machine Overhand Grip Bent-Over Row?

Smith machine overhand/pronated grip bent-over rows strengthen and develop muscles of the upper and middle back. This exercise requires greater stabilization from the erector spinae muscle group (i.e. spinalis, semispinalis, iliocostalis, longissimus, quadratus lumborum), abdominals, and legs compared to other back exercises.1,2 This is because the torso is in a flexed position as the shoulder and elbow joints extend and flex, respectively, as the scapular retracts.

Smith machine bent over rows allow the lifter to perform scapular retraction with a wide grip, targeting the back muscles symmetrically as they work in unison. The pronated grip also activates more of the posterior delts as it entails horizontal shoulder abduction while still activating the major back muscles in unison.

The Smith machine range of motion is limited to the provided tracking. This may allow the lifter to increase the load with a relatively increased amount of ease.

In addition to serving as an exercise that enhances the aesthetics of the upper and middle back, Smith machine bent-over rows also complement weightlifting and sport performance.

A flat and triangular muscle, the trapezius is the most superficial muscle of the posterior thorax. The middle fibers run horizontally to the scapula. Its origin is located at the occipital bone, ligamentum nuchae, and spines of C7 and all thoracic vertebrae. Its insertion is located along the acromion and spine of the scapula and lateral region of the clavicle. The middle trapezius retracts the scapula. As a superficial muscle, developing the middle trapezius contributes to the overall aesthetics of the upper back.

The teres major is a thick muscle located underneath the teres minor. It helps to form the posterior wall of the axilla. A synergist of the latissimus dorsi, the teres major extends the shoulder in this exercise. Its origin is located at the posterior surface of the scapula at the inferior angle. Its insertion is located at the crest of the lesser tubercle on the anterior humerus (its tendon fused with that of the latissimus dorsi).

The biceps brachii consists of two heads, the long head and the short head. The long head tendon helps stabilize the shoulder joint and its origin is located at the tubercle and lip of the glenoid cavity of the scapula (shoulder blade). The short head origin is located at the coracoid process of the scapula (shoulder blade). The long and short head unite as the muscle bellies run down the front of the arm. Both heads merge, sharing insertion into the radial tuberosity of the elbow joint. The biceps brachii flexes the elbow joint as the bar is lifted upward.

The quadratus lumborum, iliocostalis, longissimus, spinalis, and semispinalis play an essential role in stabilizing the neck and upper and lower regions of the back during this exercise as the torso is in a flexed position.

The rotator cuff muscles help stabilize the shoulder joint as the scapular retract and the shoulder horizontally abducts. The wrist flexors maintain the wrists rigid and stabilized throughout the exercise.


How To Improve Your Smith Machine Overhand Grip Bent-Over Rows

Strategically varying your grip (supinated, pronated) can optimize the muscle fiber recruitment of the activated muscles. Over time, this will enhance the strength and hypertrophy of the corresponding upper and middle back muscles.

During the bent-over row, the lower back muscles may fatigue quickly for some individuals. This can increase negative stress on the lumbar region among individuals with a compromised lower back. One way to work around this is to perform this exercise with a barbell and alternate the position of this exercise by lying face down on a flat or incline bench while lifting the bar.

Focus more on the horizontal shoulder abduction and scapular retraction to lift the bar upward as opposed to focusing on the hands dominating the effort of the lift. This will not only optimize muscle activation, but also prevent strain on the biceps brachii that could increase the risk of injury.

Focus on the concentric portion of the contraction, concentrating on “squeezing” as the scapula are retracted (“shoulder blades” are squeezed together).

It’s important to note that your repetition and set volume will depend on your goals (e.g. strength, hypertrophy, muscular endurance). It is also important to allow adequate recovery days in between back, shoulder, and biceps training days to allow muscles to repair.

Using momentum to lift the bar (e.g. jerking the torso for assistance) minimizes the potential of force production of the involved muscles and can increase the risk for injury. It is important that both the eccentric and concentric phases of the exercise are controlled.

If the lifter has a compromised range of motion with the back or shoulder joint and/or performs this exercise incorrectly, this exercise can increase the risk of injury and/or exacerbate a previous injury.

If proper technique and recovery are not adhered to, impingement syndrome, rotator cuff injuries, and/or lower back injuries may occur.